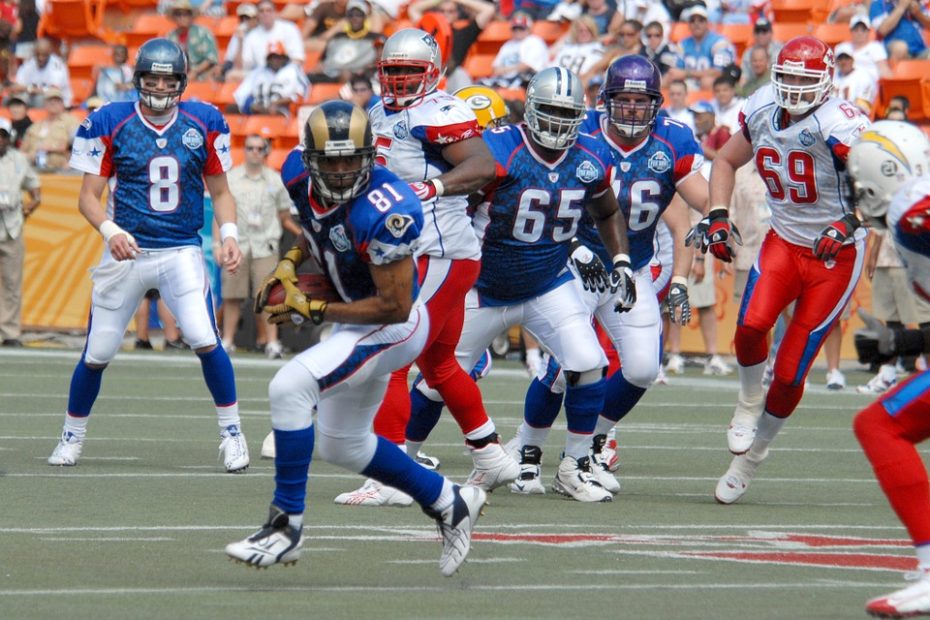 When it comes to our annual fantasy drafts, we likely all have a preferred spot we’d like to start based on gut feelings of who will be there in the first round. For this past 2018 fantasy season, you may have really wanted that first pick to get Todd Gurley. You may have been happy to be anywhere in the top 3 because you expected Gurley, Leveon Bell, and David Johnson to all perform about the same (yikes). If you were a fan of the “no RB” draft strategy then you likely wanted to pick towards the end of the first round so you could grab two elite WR’s back-to-back.

There could be multiple ways to approach this problem, so let’s share the methods that were used to get our results. The overall idea here is to see how a fantasy team would fare playing the 2018 season with only players they drafted. No trades or waiver pickups.

In order to simulate fantasy drafts, I have to use the average draft position (ADP) of each player in the 2018 draft. I found this by aggregating the .5 PPR ADP from a few fantasy football platforms prior to week 1 games (ESPN, Yahoo!, CBS, NFL.com, and a few others). Using this list we can determine what the average team drafted at each position looks like.

So the draft logic for each team looks something like this –

This does a pretty good job at getting realistically drafted teams. Can you predict which draft positions are better or worse than others?

Overall points are pretty straight forward – simply sum up all of the fantasy points that the 16 drafted players scored throughout the 16 week 2018 NFL season. The 17th week of the NFL season isn’t used because many starters sit that week and most fantasy leagues are over by then.

Any players that become injured would have limited games and stop contributing points throughout the season, so this isn’t meant to simulate an entire true fantasy league. Remember, we’re interested in how strong of a team each drafting position alone holds.

When calculating starter points, we will consider a few more factors. It’s calculated by doing the following-

This lets us factor in injuries and replacements. For example, Cooper Kupp would fill a starting WR (or flex) spot for 8 games with his 14.3 PPG (he was injured and missed the rest of the season). The next best available player(s) would take his starter spot for the remaining 8 games.

By assuming perfect play based on average points per game, we should be simulating the average fantasy season for each of these teams much more closely than an approach where we have each team play the perfect lineup every week. Knowing when to bench a “boom-or-bust” player like Tyreek Hill would be a huge advantage, but an unrealistic one as very few teams would ever bench him.

Now that we covered how this is all setup, let’s take a look at the results.

We’re going to show each team’s roster, but first let’s talk a bit about what jumps out at us from the chart.

It turns out the best spot to draft in 2018 was the 7th pick. Not only did this position narrowly yield the best starter scores, but it easily had the best bench overall points scored from drafted players.

Why was the 7th spot so successful? Saquon Barkley in the first round gave this team the 3rd highest scoring running back in .5 PPR while being the 6th off the board. In the 2nd round, this team took Dalvin Cook who was solid in the 10 games he was able to play, and a huge boost comes from Tyreek Hill in the 3rd round.

Other key picks were Robert Woods/Cooper Kupp in the 8th and 9th (I’m guessing not many humans would dare to draft both heading into the year), Ben Roethlisberger in the 10th (2nd highest scoring QB), Nick Chubb in the 12th, and Kenny Golladay in the 14th. That’s a lot of great value picks!

Moving on to teams that fared poorly, positions 2 and 3 performed the worst in the 2018 draft. The median starter score of this group is 1825.5 points, and both of these teams underperformed.

Team 2’s issues are obvious – they drafted Le’Veon Bell who ended up sitting the entire season. What’s also terrible is in the 2nd round they draft Gronkowski who only averaged 8.7 points per game all season! The main reason why this team wasn’t dead in the water was they come back and draft Travis Kelce in the 3rd round who was the highest scoring TE of the year in a year when TE scoring was atrocious.

The other reason why Team 2 was able to regain some ground was them picking up Patrick Mahomes in the 12th. Not only was Mahomes the top scoring QB in the league, but he was so by a 72 point margin which let this team make up a lot of ground.

Team 3’s issues were a bit more varied. They take David Johnson in the first round who vastly underperformed on a bad Cardinals team. Although he was taken 3rd overall, there were 13 other players who scored more points throughout the season taken in these first two rounds.

Team 3 took Devonta Freeman in the 2nd who got injured in his 2nd game of the season, and they also drafted Delanie Walker in the 7th round who only got to play in one game. Overall this entire team was just full of underperformers. Kicker Chris Boswell is a good example, he averaged just 6.2 PPG making him the 22nd kicker in 2018 for fantasy points.

Have a look at each team’s roster to see how each pick position shook out.

What’s interesting is the lows are lower, but the highs are still pretty close to the same. Team 3 was able to completely reverse their luck by getting Travis Kelce instead of Freeman in the 2nd round, and also scoop up Tyreek Hill in the 3rd.

Team 2’s score isn’t quite as bad as it looks. They only draft one QB (Garoppolo) who struggled for 9 games before getting injured. In a real league they would pick up a QB off the waivers to make up some points, but for our purposes we’re just looking at who each team drafted.

Team 11 has the misfortune of drafting two DST’s in rounds 12 and 13. Even bigger of an issue, their skill positions are a complete trainwreck. Only 1 RB/WR/TE scored more than 120 points, and that was Derrick Henry with 182.

What Does This Show?

I think you can use this data to confirm any of your beliefs about snake draft positions. In a 10-man league most positions are pretty even. Early-round injuries do make a huge impact that without wise waiver pickups would be extremely hard to make up.

12-team drafts are much more all over the board, but what really stands out is how badly an injury to a top pick hurts a team. The lowest scoring teams all had top 2 picks with injury/lockout issues – Team 2 with LeVeon Bell, Team 7 with Freeman in the 2nd round, and Team 11’s first two picks of Dalvin Cook and Leonard Fournette.